These 2005 Distinguished Alumni Award Recipients were honored on October 18, 2005 at MCC. 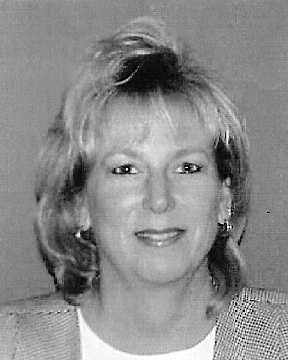 Barbara Clark earned her AAS degree at Mott Community College, her BS and MA degrees in Business Education from Western Michigan University, and is a Ph.D. candidate at Wayne State University in Educational Evaluation and Research.

Since 1987, Ms. Clark has provided the overall leadership to the Workforce Development programs at Macomb Community College. Some of the accomplishments include: acquiring over $20M in grant funding for specific industry training, development and management of customized degree retraining programs for GM, creation of the Macomb Industrial Network, co-founder of the Southeastern Michigan Community College Consortium (SMC3), obtained a 10-year contract from Chrysler JNAP to provide a Skilled Trades Rate Improvement Program, development of a training solution for the US Army TACOM Logistical Assistance Representatives worldwide, construction f Macomb’s M-TEC, and construction and expansion of the Macomb Emergency Services Training Center.

George A. Eastman was born and raised in Flint. He attended the Flint Public Schools, the Flint Institute of Arts, and Flint Junior College while working part time and full time jobs during the school year and summers. Except for attending the University of Michigan and military service at Walter Reed Medical Center in Washington, DC, he has lived in the Flint area his entire life.

Dr. Eastman has been active locally, regionally, nationally and internationally in the field of health care in general, and dentistry and orthodontics in particular. He has been a member of the Rotary Club of Flint for 40 years. He volunteered in teaching at the Mott Children’s Health Center Dental Clinic and at free clinics in inner Mongolia, China. He has served on the Board of Whaley Children’s Center and taught at the University of Michigan’s School of Dentistry and in China. He has been a Special Examiner for the Michigan State Board of Dentistry and the Great Lakes Society of Orthodontists. He belongs to many professional and honorary organizations, has received some of their highest honors, and has been president of most of them. He is the innovator of several orthodontic mechanisms presented at clinics, seminars and scientific meetings in the U.S. and Canada.

George was one of the founding directors of the Republic Bancorp in Flint. Now a six billion dollar bank, it is located in three states and is the largest bank based in Michigan.

Almost forty years ago, Dr. Eastman along with Dr. Richard Shick co-chaired the Committee on Fluoridation for Flint’s water supply. This successful referendum has saved millions of dollars in dental treatment expense and thousands of days of absence from school and work due to dental pain and visits to the dentist. 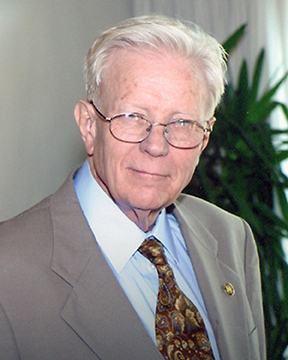 "I am a proud product of the Flint Junior College, and have maintained strong ties to the campus since my days as a student of the 40’s. I served on the Board of Trustees, many years as chair of the board, until I became a Genesee County Judge. In fact, I took great honor in timing my departure as chair of MCC’s Board of Trustees with my official swearing in as Judge, a ceremony I wanted to occur on the campus of MCC."

The Honorable Paul V. Gadola was born in Flint, Michigan, on July 21, 1929. Judge Gadola graduated from Michigan State University, with honors, in 1951, and received his Juris Doctor Degree from the University of Michigan Law School, in 1953.

He served in the U.S. Army from 1953 to 1955. Judge Gadola was in private practice in Genesee County, Michigan, from 1955 to 1989. Judge Gadola was nominated by President Ronald Reagan to the U.S. District Court for the Eastern District of Michigan and took office on January 6, 1989. Prior to taking office, he was certified as a Diplomat in Civil Trial Advocacy by the National Board of Trial Advocacy, and as a Lifetime Fellow of the American Trial Lawyers Foundation, and served as a arbitrator for the American Arbitration Association and as a mediator for the Circuit Courts of Genesee and Shiawassee Counties. Judge Gadola is also a Fellow of the Michigan State Bar Foundation.

Judge Gadola is a member of the Federalist Society for Law and Public Policy Studies, and of the Advisory Committee of its Michigan Chapter, and of the Board of Directors of the Mackinac Center for Public Policy. He is also a member of the Philadelphia Society, the Economic Club of Detroit, and the Committee of Sponsors of the Flint College and Cultural Development Fund.

Prior to taking the bench, Judge Gadola was an elected member of the Board of Trustees of Mott Community College, located in Flint, from 1969 to 1989 and served as its Chairman from 1983 to 1989. He formerly served as President of the Urban League of Flint, President of the Cystic Fibrosis Research Foundation of Genesee County, Chairman of the March of Dimes of Genesee County and Vice-President of the Genesee County Legal Aid Society and as a Director of the Flint Environmental Action Team. He also formerly served as a Director of the Flint Area Convention and Tourist Council. Today, Judge Gadola serves as the chair of the Alumni Association for this great institution.

“The intellectual impact of my Mott education went with me,” states Federal Judge Paul V. Gadola, Jr., the highest-ranking government official in this part of Michigan, “The teachers were tough – I needed that.” Judge Gadola graduated from MCC in 1949 and then went on to law school and a successful career as a practicing attorney and community leader. He was part of MCC’s first elected board of trustees in 1969 and served on that board for 20 years. It was only after being appointed a federal judge by President Ronald Reagan in 1989 that federal regulations required Gadola to step down from the MCC board. He had been Chairman of the MCC Board of Trustees since 1983 and delayed his resignation from his MCC post until the last possible moment. “I resigned as chairman and trustee the same afternoon that I took the federal oath of office. It was a requirement of my new job, not because I wanted to.” Judge Paul V. Gadola, Jr. is one more example of how far you can go with a good start from MCC. 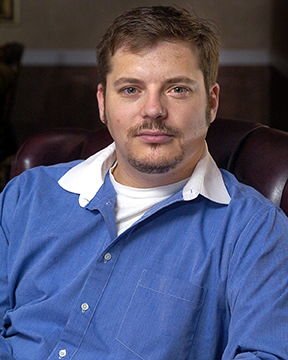 Scott Swedorski is the Vice President of Software Development for CoffeeCup Software in Corpus Christi Texas. He began to his career in the halls of Mott Community in 1990. Scott, a 1989 graduated of Flushing High School enrolled here at Mott after joining the Army Reserves during his senior year of high school in preparation of attending and paying for college. Like so many community college students, Scott intended his education at Mott as a basis for a continued higher education in preparation for the job market. However, the knowledge he received from Mott alone prepared him for an excellent career in the computer industry.

Scott received an associates in computer sciences in 1992. Immediately after graduation he accepted a position with FALCON (Flint Area Library Cooperative Online Network). During this time Scott noticed the public's increasing interest in the World Wide Web. Working out of his home he used his personal Website to offer downloadable software. He dubbed this service TUCOWS; which quickly gained recognition as the first site to offer software on a "freeware" or "shareware" basis.

After 10 years, Scott left Tucows and began a new endeavor, Promaxum, a software marketing and consultation company. Now only a little over a year old, the company boasts of client base of over 200 companies located in over twenty countries around the world.

In there some where Scott managed to marry his wife Victoria of 12 years and produces his greatest achievements his daughters Emily, Ashley and Sarah.