MCC Board of Trustees

Official Board Statements Board Policies

Selected employees share moments, events or experiences that have defined them. The stories give the listeners an opportunity to learn more about each other and build more inclusive relationships.

Board of Trustee Biographies 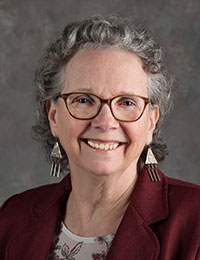 Anne Figueroa was elected to the Board of Trustees in 2016. She has been a human resources professional for almost 30 years. Her experience ranges from multiple private companies such as Ingersoll Rand and King Par, to the public sector as a retiree of Genesee County Water and Waste, to her recent retirement from the Capital Region Airport Authority in Lansing. She has a Master’s Degree in Special Education and is a certified Professional in Human Resource (PHR) and SHRM Certified Professional (SHRM-CP). She has been a board member of several human resources and labor relations professional associations.

In addition to her service to the College, she has a long history of community service. She is currently Board Vice-Chair for Family Promise of Genesee County, serving the homeless and helping keep families together during a housing crisis by working with a network of churches and houses of worship. For three years she was Chairman of the Genesee Lapeer Red Cross as well as a long serving board and committee member and a member of the American Red Cross State Blood Board. She also supported the local community as an active member of the local chapter of Quota International, an organization dedicated to empowering women, children, the deaf, hard of hearing and speech impaired in local communities. She was also an Athena Award nominee for her work in Genesee County. 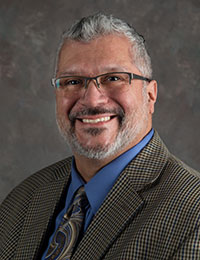 Art Reyes was elected to the Board of Trustees in 2016. He is a lifelong resident of Genesee County. He has four adult children (two sons and two daughters) and has been blessed with two grandsons. Art has worked as an electrician for General Motors for 28 years, starting as a member of UAW Local 651 at AC Spark Plug and now as a member of UAW Local 598 at Flint Truck Assembly. Art represented the Membership of UAW Local 651 in various positions including serving as Local Union President from 2007-2014 and President of the UAW Region 1-D Greater Flint Community Action Program (CAP) Council since 2006. He is a veteran who served in the United States Army Reserves from 1987-1995, earning the Army Achievement Medal for leadership shown during training exercises.

Art has been active in our community throughout his adult life. He served as a member of the Westwood Heights School Board (1992-93) and has been active in various non-profit and charitable organizations including the Sam Duncan Memorial Scholarship Board, Weiss Child Advocacy Center, Spanish Speaking Information Center, Easter Seals, March of Dimes, Flint River Watershed Coalition, and others. His commitment to serving our community, in particular the children of our area, led him to coach youth league football and baseball in Mt. Morris, Kearsley, Westwood Heights and Grand Blanc, lead Cub Scout and Brownie Troops, and volunteer in schools across the county, teaching chess to elementary students and discussing civic responsibility to high school freshmen and sophomores.

Art is a Mott alumnus, and was named a Distinguished Alum by the College in 2007. In addition, he has a Bachelors Degree in Management and Organizational Development from Spring Arbor University. 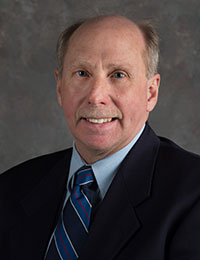 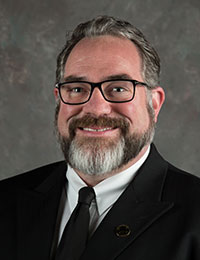 Michael Freeman was elected to the Board of Trustees in 2011. Michael Freeman is currently the Associate Director of Programmatic Underwriting for the City of Detroit's Housing and Revitalization Department. In this capacity, he directs and oversees the Community Development Block Grant program for the City of Detroit. Michael, a graduate of the University of Michigan-Ann Arbor, began his career as a community organizer with the Local Initiatives Support Corporation (LISC)/AmeriCorps program in 1994, where he worked to facilitate dialogue/consensus among community stakeholders, neighborhood planning, and community advocacy in Flint, Michigan. He later consulted directly with LISC in Michigan, administering HUD-supported technical assistance and training programs for community housing development organizations across the state.

Janet Couch was elected to the Board in 2019. She is a writer best known for her creator-owned manuals on how to succeed in the music business. Ms. Couch is a retired owner/operator of an entertainment management and marketing company in Nashville, Tennessee. She has worked for national recording artists, provided promotion for national publishing companies and entertainment agencies. She has also been owner/operator of several food, beverage and entertainment establishments.

Ms. Couch has been very active in the event planning and marketing for numerous charities including the March of Dimes, Shriners, Toys For Tots, Muscular Dystrophy Association, and Christmas For Special People. 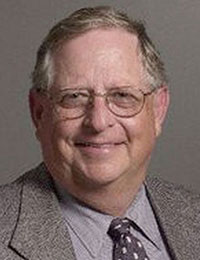 John H. Daly III, Ph.D. was elected to the Board in 2019. Dr. Daly is currently serving the residents of the city of Flint as Director of Transportation Infrastructure. He holds a Doctor of Philosophy degree in Public Administration and Management from Walden University, a Master of Science degree in Electronic Systems Technology from the Naval Postgraduate School, a second Master of Science degree in Systems Management from the University of Southern California, and has also been awarded a Bachelor of Arts degree in History and Computer Science from Texas A&M University. From December 1999 until April 2018, Dr. Daly served as the Manager-Director of the Genesee County Road Commission. During this time, Dr. Daly was very active in the Michigan County Road Association (CRA) and served in many leadership positions, including President. Also during this time Dr. Daly was a member of the pioneer group of road professionals who established a transportation asset management strategy in Michigan; a role in which he has been active for almost two decades and for which he was recognized by the Transportation Asset Management Council with an award for Individual Leadership. In 2017, Dr. Daly completed a Fulbright Specialist grant to study infrastructure asset management at the University of Waterloo in the Province of Ontario. In 2018, he was awarded certification by the Ontario Good Roads Association as an Accredited Municipal Asset Manager. Dr. Daly also served on the Board of Directors of the United Way of Genesee County, the Bishop International Airport Authority, and the City of Flint’s Ethics and Accountability Board. He is a member of the Rotary Club of Flint. Dr. Daly and his wife Wendy reside in Flint.

Anthony Branch was appointed to the Board of Trustees in October 2021 following the resignation of former Trustee Matthew Norwood. Mr. Branch serves as Maintenance Manager for the Genesee County Road Commission and is also Head Football Coach at Beecher High School.