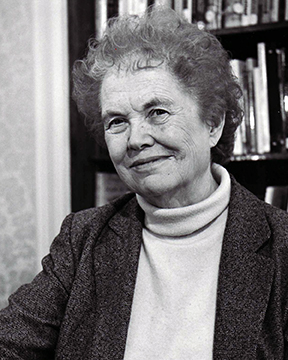 Dr. Beckwith is a visionary who has dedicated her adult life to making sure women are more than a footnote in the history of Michigan. At an age when most people are slowing down, the 75-year-old retired Michigan State University professor works long hours as president of the Michigan Women’s Studies Association and as executive director of the Michigan Women’s Historical Center & Hall of Fame in Lansing. She receives no pay in either job.

Dr. Beckwith grew up as an only child in Flint and recalls that her early role models were her mother (“a very strong woman”) and Eleanor Roosevelt, the wife of President Franklin Delano Roosevelt, and an outspoken advocate for social reform. Dr. Beckwith earned a trio of degrees from MSU - a B.A. in English in 1951, a Master’s in English in ‘56, and a Ph.D. in education in ‘67. That same year, she joined the faculty at MSU in the Department of American Thought and Language. She retired in 1999 after 32 years.

In her early teaching days, she grew increasingly frustrated by the glaring lack of course materials for and about women. In 1973, she and a small cadre of colleagues formed the Michigan Women’s Studies Association, the first of its kind in the nation, to bring more visibility to the role of women in history and to push for the development of women’s studies programs at all of the state’s colleges and universities.

Dr. Beckwith decided there should be an off-campus component to the effort as well. In 1979, she negotiated a $1-a-year lease with the City of Lansing for the Cooley-Haze House, contingent on $250,000 worth of repairs and upgrades to the turn-of-the-century structure. Inductions into the Michigan Women’s Hall of Fame began in 1983 and has more than 200 honorees, including Michigan-born entertainers such as “The Queen of Soul” Aretha Franklin, Lily Tomlin and the late Gilda Radner.

Dr. Beckwith served on the Lansing Board of Education for 18 years. In 1996, she was the recipient of MSU’s Presidential Award for Community Service. In 1998, the Michigan Women’s Foundation presented her with the Women of Achievement and Courage Award. In 2005, the Detroit News named her one of 12 “Michiganians of the Year.” 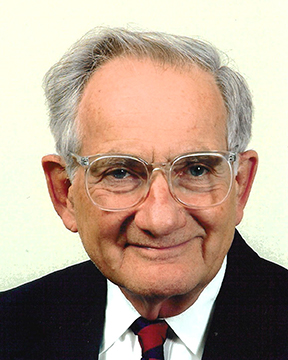 Albert J. Koegel has successfully guided Koegel Meats to become a respectable, state- renowned enterprise with 35 different meat products sold throughout the region. He was born in Flint in 1926 to Anna and Albert Koegel, immigrants from Germany. His father began Koegel Meats in 1916, after a salesman from Armour Foods told him that if he moved to Flint,

Michigan, he would stand a good chance of making the business work due to the projected growth of the automobile industry. After an apprenticeship in Germany, his father moved to America and then to Flint to pursue his dream of starting his own meat company. By the mid 1930s, Mr. Koegel had built up enough business to construct a plant to produce his meat products.

According to his nomination, when his father retired, Albert J. Koegel became the CEO of Koegel Meats. In 1972, he built a new manufacturing plant just off Bristol Road, near Bishop Airport in Flint. The location has proven to be beneficial due to its proximity to both I-75 and I-69, enabling Koegel Meats to more effectively deliver their products to individual stores. Mr. Koegel believes that delivering to each store allows Koegel to place a shelf life on its products which is approximately half of its competitors. This helps to ensure that the end customer is eating a fresh product.

Today, Koegel Meats is still made using the same recipes and processes that Albert Koegel learned and developed. The business continues to grow as new stores and territories are added. The company employs more than 120 people.

He also is treasurer of Sunset Hills Cemetery.

Mr. Koegel attended Culver Military Academy, was a Merchant Marine and served in the Korean War as a first lieutenant of the US Army. He has a BBA and MBA from the University of Michigan. He married his wife, Barbara Gerholz Koegel, in 1950 and together they have four children and five grandchildren. Mr. Koegel has been very active in the community. His public service interests and involvements include serving as treasurer of Flint Children’s Museum, the Flint Institute of Music, the Board of Trustees of Mott Community College, and former treasurer of First Presbyterian Church, and treasurer/president of Flint Planned Parenthood. He also is a member of the Finance Committee for Mott Children’s Health Center, the Flint Rotary Club, and the Genesee Regional Chamber of Commerce.

Mr. Koegel has been a member of First Presbyterian Church for more than 40 years, is an enthusiastic snow skier, an avid fly fisherman and former duck hunter. He also has donated 198 pints of blood. 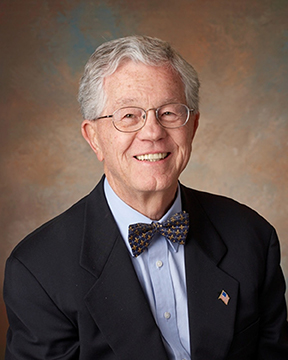 Michael G. Rachor has been a well-known businessman in the Flint area for the past 43 years. He obtained an Associates Degree from Flint Junior College in 1959, a Bachelor of Arts degree in 1961 and a Masters of Business Administration in 1962 from Michigan State University.

Michael has since continued his education throughout his career in accounting, financial planning and investment advising by obtaining numerous professional designations, including the prestigious Chartered Financial Analyst designation in 1991.

In 1962, Michael began his accounting career with Arthur Andersen in San Francisco, California, while attending Golden Gate College. He went on to partner in other accounting firms in the Flint area, before establishing Rachor, Purman & Tucker, CPA’s in 1978. Michael later founded Rachor Investment Advisory Services, LLC in 1984, where he currently serves clients as an independent investment management consultant.

Michael had little money when he attended college, but was able to achieve his goals by working his way through school. In 1996 he founded the Rachor Family Foundation, Ltd., to assist students seeking higher education. Michael understands what it means to struggle financially through college from firsthand experience. He takes special pride in watching scholarship recipients receive their degrees, as he knows success will soon follow. As Michael has said, "You can lose everything, but you can never lose the value of your education."

Helping people achieve their personal and professional goals is Michael’s central purpose in life. He finds great personal satisfaction in passing on to others the success he has achieved through hard work and education. Michael’s unwavering dedication to the education process and community involvement is reflected in all aspects of his life. 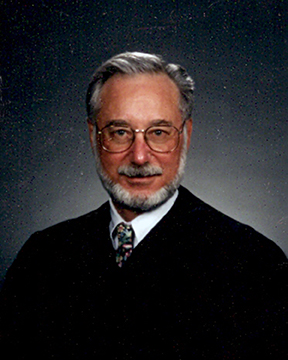 Judge Robert M. Ransom has devoted his professional career to the law. He commenced the practice of law in 1962 with his father, Marvin W. Ransom. He joined the first full-time faculty of Thomas M. Cooley Law School in 1973, serving as law professor until his appointment to the Genesee County Circuit Court by Governor William G. Milliken in 1977.

He was re-elected five times to the Circuit Court retiring after 28 years. Judge Ransom served for 16 years as Genesee County Chief Circuit Judge and sat by assignment on the Michigan Court of Appeals. He continues to take visiting judge assignments.

His most rewarding judicial achievements, Judge Ransom reports, include establishment of a Drug Court in Genesee County and restoration/addition to the Genesee County Court House. The Drug Court has proven extremely successful in assisting defendants in overcoming addictions. Much of Genesee County history is depicted in our Court House where students regularly tour.

Judge Ransom developed the first Judicial Council in Michigan; a representative body of the counties’ courts to encourage a coordinated judiciary. He also was instrumental in implementing the County’s Family Court.

Judge Ransom’s love for teaching is reflected in his continued service as an adjunct professor of Cooley Law School. He served on the first faculty of the Michigan Judicial Institute, teaching New Judges Training for 25 years. He served on Michigan Supreme Court Standard Jury Instruction Committee for 21 years drafting instructions for Michigan juries.

Judge Ransom has found time to serve on the Board of Directors of the Crim Fitness Foundation, Mott Community College Bruin Club (Past President and current board) and Board of Trustees of Adrian College. His first elective office was the City of Flushing Charter Commission followed by two terms on the Flushing Board of Education. When Flushing incorporated as a City, he became its first City Attorney.