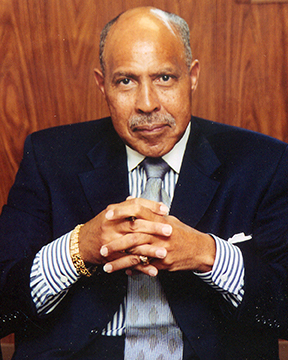 Ezra R. Artis, Sr. is a lifetime resident of Flint. He is the grandson of George Russell Artis, the patriarch of one of the first African-American families in this area dating back to 1890. "Following in the footsteps of his grandfather, an alderman and builder, Mr. Artis is a role model, personified. He is a quiet, unassuming man who constantly gives whenever asked for a worthy cause by particularly involving youth," according to his nomination.

Mr. Artis is the successful owner of an Allstate Insurance Company Agency and has been associated with Allstate for 45 years. He has won numerous awards for service during his tenure with Allstate and is well known in civic and business circles as a leader in the insurance industry.

He is a strong supporter of youth activities in the Flint community including, Tapology (Bronze supporter), Flint Youth Theatre, Flint Inner City Golf, the Mt. Olive Baptist Church Basketball League and the YMCA Partner with Youth Campaign. An avid sports enthusiast, he attends many high school games and intramural activities to encourage and assist young people. He also is a sponsor of the annual Quinn Chapel AME Church Men's Day Breakfast.

Mr. Artis, along with his wife, Millie, a former high school counselor with Flint Community Schools, have graciously assisted many needy students and families. He has served as a mentor to young men (100 Men), is a member of the Bruin Club of Genesee County, life member of the NAACP, the Million Man March Group and the Urban League. He also previously served on the Board of Directors of Hamilton Health Systems. "In addition to his personal and career achievements, he remains poised to assist in any way by monetarily or through volunteerism," his nomination reads. "Hardworking, having successfully raised three children who are now adults and aspiring professionals, he now has time to appreciate his love for music as contributor to the annual Flint Jazz Concert with the Greater Flint Arts Council. He is truly committed to making life better for others, a philosophy that is "the cornerstone of his being." 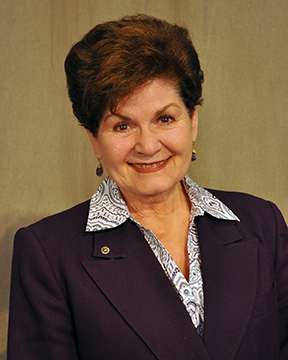 Sally Shaheen Joseph was elected to her first term of office on the Mott Community College Board of Trustees in 2007. An attorney, she brings over 25 years of leadership experience and civil service to MCC, serving as a Flint Township Trustee, Flint Township Supervisor, Clio City Administrator, Personnel Director, Risk Manager and Purchasing Agent. She currently serves as an advisory board member of the Flint Area Salvation Army, board member of Planned Parenthood of East Central Michigan, Planned Parenthood of Michigan, Arab-American Institute Board, Executive Board and Arab-American Institute National Policy Council. A former president of The Michigan Public Risk Management Association, Mrs. Joseph is a former board member of Genesee County YWCA, Easter Seals, Michigan Women's Foundation, Flint Area Convention and Visitor's Bureau and the Fair Winds Council of Girl Scouts of America. She is the recipient of Mott Community College's Carroll Clark Civic Service Award. She has also received Rotary International's Paul Harris Award by the Genesee Valley Rotary and the Salvation Army's Hands of Mercy Award. She was chosen as the American-Arab Heritage Council's "Woman of the Year" in 2000 and was appointed to the Michigan Women's Commission in August 2003. 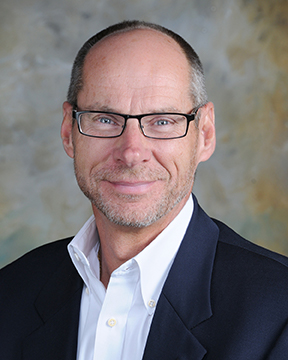 Philip W. Shaltz was born June 17, 1948, in Flint to Fred and Veronica Shaltz. He attended Flint Public Schools and graduated from Flint Central High School in 1966. He attended two years at the then Flint Junior College (now Mott Community College); transferred and received his Bachelor's degree from Michigan State University in 1970.

At Flint Junior College he met and married his wife, T. Ardele Shaltz, in 1970. They have two children, Carrie Ardele, 31, and Jason Philip, 30, who both now reside in Manhattan and Brooklyn, respectively. Mr. Shaltz served in the Army Reserves as a Drill Sergeant from 1970 to 1977. He began his career with a local moving company in 1970 before taking a position with Carnation Company. In 1977, Mr. Shaltz joined his father at Shaltz Fluid Power in Flint and took over the reins in 1979 where he currently holds the position of President.

Mr. Shaltz was recruited to help raise funds for the Crim Road Race in 1983 and became an instant supporter of their cause. He holds the distinction of being one of 22 individuals who have run all of the Crim 10-mile road races. This experience was the motivation behind Mr. Shaltz's transition from entrepreneurism to social responsibility which forged the passion to give back to his community. His business accomplishments have included many acquisitions and startups that today include Shaltz Automation, Inc., hss Material Management Systems, Commerce Connect, as well as many other entities fashioned for business and community-mindedness. In 2003, Mr. Shaltz and several businessmen founded Uptown Six, which was responsible for the focus on redevelopment of the downtown Flint area. This group has redeveloped various properties which have become the catalyst for the continued expansion of the city's urban area. First Street Lofts, Community Foundation of Greater Flint building, the Rowe building and Wade Trim, which became the first new building in downtown Flint in 25 years, are among the accomplishments. Mr. Shaltz holds a position on The Hurley Board of Managers, The Hurley Foundation, Citizens Bank Community Board, Crim Fitness Foundation Board Member Emeritus, Center for Community Progress, as well as advising other organizations. 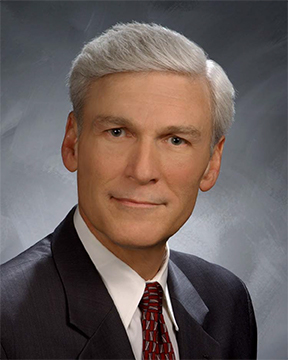 Michael J. Thorp is a longtime broadcaster who has worked in radio, television and film. His first book, The Great, Great Lakes Trivia Test: The Who, What, Where, When, Why & How of Michigan, is the culmination of years of collecting interesting facts about the Great Lakes region. He is currently finishing his second book, a children's story called, "The Legend of the Abominable Huckleberry (or) The Practically True Tale of How the Huckleberry Railroad Got Its Name."

Mr. Thorp is in his fourth season as the Host, Writer and Producer of Genesee County Parks' "Huckleberry Radio Hour," an Emmy Award-winning, live radio variety show in the manner of "A Prairie Home Companion" and the "Grand Ole Opry." The show has been streamed live all over the world, both audio and video, and on local radio. Mr. Thorp has been a television anchor, disc jockey, talk show host, play-by-play announcer, video writer and producer, copywriter, media analyst, radio and television newsman, host, producer and writer of news magazine shows for public & commercial television, and an advertising agency Creative Director.

He was a member of the Goodrich Board of Education for 17 years, serving as both President and Vice President of the board. Mr. Thorp was a State Director of the Michigan Association of School Boards (MASB) and has served on several state committees. He has been recognized by the Michigan Association of School Boards with its Master Platinum Award, and by the National School Boards Association with their Distinguished Service Award. He was selected as a member of the 100 District Leaders for Citizenship nationwide by the National Center for Learning.

Mr. Thorp is a longtime Scout leader, an Eagle Scout, a Silver Beaver and Wood Badge recipient. He is currently Vice President of Programs for the Tall Pine Council. He is a founder of the council's program that provides Scouting to differently-abled children. In 1997, 2003, 2005 and 2010, he served as a national program chair at the National Boy Scout Jamboree. He was honored to receive the University of Michigan's Distinguished Alumni Award in 2002 and to be inducted into the Davison High School Hall of Fame in 2001. He is currently the Chairman of the Board of Directors of the Flint Area Convention and Visitors Bureau. He also is Vice President of the Alumni Society of Mott Community College and was appointed by the Mayor and Flint City Council to the Flint Human Relations Commission in December 2010. He is married to Ginny and has two daughters, Libby, who is now married, and living with husband T.J. in Virginia, and Ella, a student.