The following individuals were honored on May 8, 2012 at 6:00pm at the 2012 Distinguished Alumni Awards Dinner and Ceremony. 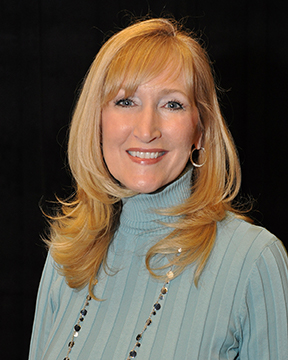 Stephanie K. was born Stephanie K. Salrin in Canton, Ohio, into a very talented and industrious family who always owned their own businesses, which is what moved them to Flint when she was just 10 years old. All of her siblings attended Mott Community College back when it was known as Flint Junior College. Her parents taught them that they could do anything they wanted. Her father always said, "We live in a free country and the only thing holding us back is ourselves. If you do what you love, the money will come." Stephanie always loved to entertain people and make them laugh. She remembers doing impersonations as a young girl that allowed her to even get away with a swear word while imitating her dad since it filled the room with laughter. She found her calling! However, being the youngest of four kids and surrounded by funny people, Stephanie had to talk fast to get a word in edge wise. Fortunately, this provided a foundation for her current position.

She feels grateful to be able to entertain and educate others on a daily basis as the morning radio show co-host at CK 105.5, which she has been doing for the past 13 years. (Minus any naughty words!!!)

When Stephanie K first started at CK 105, she worked with co-host Andrew Z and they brought the Children's Miracle Network Radio-thon to this area that generated nearly $100,000 in its first year to help children in need. She is still dedicated and connected to those families and her passion for helping people shows in an award she won for the "Best Montage" which was chosen from 170 entries across the nation.

Before landing her radio job, Stephanie was an actress doing television commercials, stage plays, movies, industrial films, murder mysteries and performing in Readers Theater along with some modeling. She used to think it would be a dream come true to take home an Oscar; however, she feels content now having won a "Best Actress Award." She loves to learn and became a Graduate Assistant with Dale Carnegie thanks to her sister's encouragement. While taking those classes, she won many awards, but admits that she STILL has trouble remembering names. "Go figure!!! What's up with that??"

She feels her biggest achievement is having raised two beautiful daughters, who are now successful educators. Jackie is a wonderful speech pathologist in the Forrest Hills School District in Grand Rapids and Taylor Ray is an amazing art teacher in Millington. Stephanie found herself as a single parent who wanted a college education which she knew would also set a good example for her girls. It wasn't easy working, going to college and supplementing her income with weekend arts and crafts shows while managing to obtain a 4.0 grade point average from Mott Community College before going on to get a Bachelor's degree in Communication. She is glad it is over and doesn't know how she did it, but is certainly grateful there was help for her through Mott, her friends, and family. She owes it all to them!

And to think it started with a laugh!!!! AND OH yeah a dirty word!

John Krupp, CPA, graduated from MCC in 1970 and serves on the Board of Directors for the Foundation for MCC. "For years, John has been distinguished as a true, unyielding supporter of MCC and the city of Flint," his nomination reads. "Even though John is an Ohioan, he is a role model for Flint. He is versed in Flint's history and speaks highly about the concept of community education and Mott Community College. MCC has changed John's life by giving him the chance to prove himself."

He has owned and operated John K. Krupp, CPA, LLC, for 35 years. 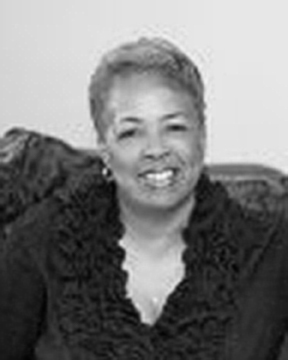 Raynetta Speed, Community Outreach Coordinator for the Genesee Land Bank, is a lifelong resident of Flint, MI. She is the oldest daughter born to the late John R. and Ann L. Speed during the height of economic opportunity in the City of Flint. Raynetta grew up in a loving family who planted a strong foundation for an enriching, productive life. Her parents were owners of several successful businesses making it no surprise when Raynetta founded the Beecher Area and North Saginaw Street Business Districts. She is a member of the City of Flint Master Planning Steering Committee where she brings a vision for economic growth and sustainability, an appreciation of culture having served as President of the McCree Theatre Board of Directors, and a strong focus on the health and well-being of vulnerable youth.

Raynetta attended Flint Community Schools graduating from Flint Northwestern High School where she now volunteers as a mentor and community advocate for academic excellence. She helped found a group called CASEY (Community Advocates Supporting and Encouraging Youth) whose purpose is to provide positive interactions between community members, students and staff at her Alma Mater.

Raynetta is a lifelong learner completing her degree from Mott Community College, and is a graduate of Leadership Flint. She was employed for 30 years with Delphi Corporation and held an active membership with Local 651. Raynetta's elected political career began with her successful bid in 1996 for Genesee County Commissioner, District 1. Serving for 12 years in this position, Raynetta organized community initiatives to solve problems, support youth and improve the quality of life throughout the City of Flint and Genesee County. Ms. Speed is currently employed as a Community Representative for the Genesee County Land Bank. A faithful lifelong member of Vernon Chapel African-Methodist Episcopal Church, and mother of two adult daughters and one granddaughter, Raynetta works daily to address issues of violence, neighborhood blight, and racial equity both in board rooms and hands-on project initiatives. 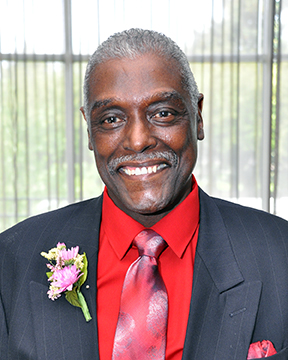 Justus H. Thigpen, Sr. is the first athlete from Flint to play in the National Basketball Association (NBA). After retirement from professional basketball, he served as a recreation director for the Department of Parks and Recreation for the City of Flint, where he also retired.

Justus was born August 13, 1947, in Meridian, Miss, son of the Reverend Justus Thigpen, and wife Eula. They also had a daughter named Margaret. When Justus was six years old, his parents relocated to Flint.

The family found housing in the Jefferson Elementary School community where Justus began his trek through the Flint Community Schools. He continued through Bryant Junior High, Emerson Junior High and graduated from Flint Northern High School. His career in organized basketball took off while he was a senior at Northern. He played the position of starting forward and became the second leading scorer for the 1964-1965 team. However, prior to his senior year, he had also played baseball and had been a high school state champion table tennis player.

While at Northern, he earned a basketball scholarship to Flint Junior College (now Mott Community College) and was the starting guard for Flint JC from 1965 to 1967. During that time, he literally dominated the league with a 26.5 point average. He was a two-time All Conference Selection and the Team Leading Scorer during his sophomore year. He was named the Junior College Athlete of the Year and earned a spot on the Junior College All-Star Team. Needless to say, these stats attracted the scouts and coaches from numerous universities.

Justus also took advantage of his education as a student in college. After looking at his offers carefully, he decided to become a big fish in a smaller pond rather than continue as a small fish in a big pond. He accepted a scholarship and transferred to Weber State University in Ogden, Utah, where he was able to showcase his skills and abilities almost immediately.

While at Weber State, from 1967 to 1969, he was the leading scorer and was named to the All Conference First Team both in 1968 and 1969. He won the Most Valuable Player Award at the Golden Spike Tournament in 1968. According to the December 01, 1969 issue of Sports Illustrated, Justus averaged 18.6 points per game. He helped Weber State earn a 15-0 Conference Championship record and an overall record of 27-3, which earned the team a 3rd place berth in the Far West Regional listing of the NCAA Tournament.

Justus earned a Bachelor of Science degree in Physical Education from Weber State University and was drafted by the Carolina Cougars of the American Basketball Association and the San Diego Rockets of the NBA.

Justus is the father of Reba Thigpen Cooper and Justus H. Thigpen, Jr., and has five grandchildren.

Of course, Justus no longer plays basketball but he retains his competitive spirit and has become an avid checker player. But among those who had the opportunity to see him play or to compete against him, he will always be remembered as the basketball player from Flint who regularly scored over 40 points a game. 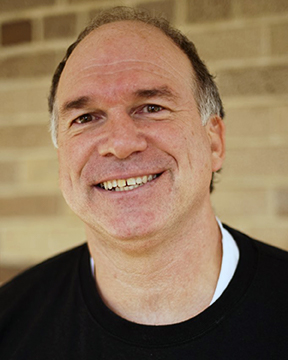 It takes a winner to be a winner, and no one has done it better than Steve Schmidt. In 21 seasons as head coach at Mott, Schmidt has compiled a record of success that is unparalleled at the college level. He is the winningest active coach in the nation at the NJCAA level, the winner of four National Championships (2003, 2007, 2008 and 2012) and a member of the NJCAA Coaches Association Hall of Fame (2010) and the Greater Flint Area Sports Hall of Fame (2006).

His career coaching record at Mott is 573-124 and his record at the National Tournament is 27-4 - the all-time best record in the tournament's history.

In addition to the four national titles, Schmidt's teams have won 14 conference, nine state and eight regional titles. He has been named National Coach of the Year four times and has coached 16 players who have been recognized as NJCAA All-Americans.

Schmidt wins off the court as well. Throughout his career, Mott's program has set the standard for student-athlete accountability. Schmidt's no-excuse approach to athletics is founded upon the principle that to be a student-athlete is a privilege, one that requires all players to represent Mott Community College to the best of their ability.

In 2009, in honor of his many achievements at Mott, the gym at Ballenger Field House was dubbed The Steve Schmidt Gymnasium.

"I would like to nominate Steve Schmidt to receive special recognition as an Honorary Alumni," his nomination reads. "Coach Schmidt is not an alum of Mott, but he has made significant contributions to Mott's reputation, prestige, and pursuit of excellence. He has earned this honor and the respect of all the alumni at Mott Community College."