On April 25, 2013, five alumni were honored with one of MCC's most prestigious honors, the Distinguished Alumni Award. Congratulations, honorees! 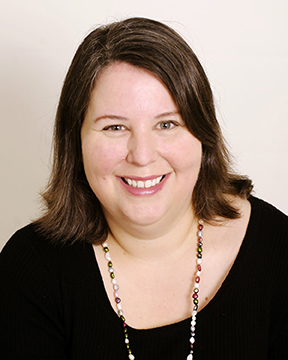 Shelly L. Hoffman has spent her entire career working in higher education and nonprofit organizations. She was recently named Executive Director of the Michigan Organization on Adolescent Sexual Health, which provides statewide leadership on adolescent sexual health, pregnancy prevention and parenting through education, advocacy, capacity building, and creative partnerships. She most recently served as Major Gift Officer Senior for the College of Arts and Sciences at the University of Michigan-Flint. While there, Shelly was responsible for securing the single largest gift ($1.4-million) from an alumnus. A large part of her career was spent at Planned Parenthood, overseeing all of the local agency's development, marketing, and public affairs in a seven-county region. As part of her work there, she served on two national committees.

The University of Michigan-Flint honored Shelly with the Dorthea Wyatt Award for her dedication to the advancement of women. She also was honored by Planned Parenthood with a Choice Hero Award, by the Flint Jewish Federation with the Sonia Schafer Campaign Leadership Award, and by the Flint Community Players with an Adah Award for volunteerism.

She is a past president of the YWCA of Greater Flint and currently serves on the board of the Center for Civil Justice.

Shelly is an Adjunct Instructor of English at MCC, teaching English 101. In her spare time, she enjoys golf, travel, and theatre (watching, acting, and directing). Together with her husband, Brian Haggard, Hoffman owns and operates ComedyMurderMysteries.com, a full-service entertainment company. Shelly and Brian live in the College Cultural neighborhood of Flint with their two “demanding cats.” 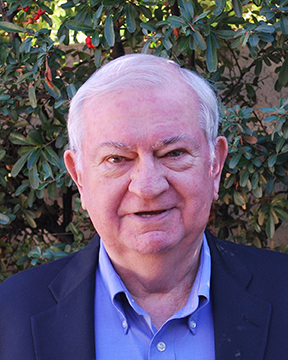 Joseph Klobucher was born on the Eastside of Flint and attended St. Mary’s Catholic School from first to 12th grade. He graduated St. Mary’s in 1954 and went on to Flint Junior College and received an Associate degree.

From Flint Junior College, Joe transferred to Ferris State University and earned a degree in Business Administration and a teaching certificate. After four years of teaching, he moved to Caro, MI, and was employed by Caro High School as the business education and journalism teacher. In 1967, he became the adult education director in addition to his fulltime teaching assignment. Four years later, the school district created a fulltime position as Community School Director and Joe was named to that position. The Community School Program was funded with a grant from the Mott Foundation.

He received a Master of Arts degree from Central Michigan in May 1973.

In addition to education, Joe opened his first restaurant in Caro – Big John Chicken & Sandwich Factory. He retired from education three years later and joined his brother, Big John, and they were business partners until his death in May 2011. 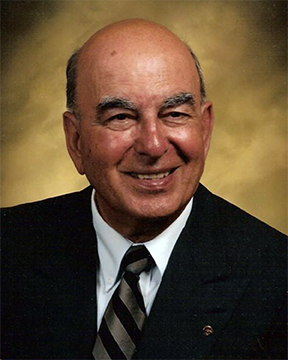 Anthony J. Mansour was born in 1926 in Nazareth, Palestine, and immigrated to Flint in 1928. He received his elementary education at Garfield and Homedale schools, and St. Mary’s Catholic School. He attended Lowell Junior High School and received his high school diploma from Central High School.

Tony graduated from Flint Junior College (now Mott Community College) in 1947. He attended and graduated from the Detroit College of Law in June 1950 and was admitted to the Michigan Bar in January 1951.

During his 50 years of legal practice, he has mentored several new lawyers and provided them with free office space. Most have gone on to become very successful.

Tony also is a published author of The Peddler to Merchant Generation-Our Arab American Pioneers, a book that chronicles history of the local Arab American community, their families and founders of the community in Flint.

Walter Sturghill considers himself a dreamer, a visionary, born and raised in the inner city of Flint, where he discovered his innate passion for art, design and the ability to bring what he imagined into visual existence. Walter began studying fine arts after graduating from high school and he enrolled at Mott Community College. While attending MCC, he was given the opportunity to extend his studies of Graphic Design internationally, participating in a 2001 Fiji Study Tour. His graphic designs in digital artwork were featured in the Faces of Flint Art Exhibit at the Fiji National Museum in Suva, Fiji.

Young and ambitious, Walter decided to extend his services to the community, where he began to design flyer layouts for local businesses and entertainment groups while pursing his Associate Degree in Art Studies in Graphic Design. During this time Walter gained street credibility for being one of Flint’s top go-to-guys for local promoters. Upon graduating from Mott in 2002, he was a proven leader and president of the popular Studio 205 student design group.

Walters’s artwork won numerous awards and caught the attention of recruiters from Kendall College of Art & Design in Grand Rapids. He continued his education at Kendall in video production, web design and 3D animation and earned a Bachelor of Fine Arts degree (BFA) in Digital Media Design in May 2006.

Determined to continue his studies and application of prior knowledge, Walter launched his own freelance business WSJ Media. He dared to imagine the impossible and was determined to lift limitations from his future in the field of graphic design.

His drive and hunger to succeed took him to the Big Apple (New York City) where he enrolled in the graduate program of the prestigious New York University. He also focused on expanding his WSJ Media brand and soon had freelance assignments from clients such as Oxygen Network and Weight Watchers.

In 2010, he landed an instructor position at MCC. He decided to return to Flint with hopes to inspire upcoming artists in his hometown. “Being young and understanding the relevant cultures which inspires today’s youth -- whether it be hip-hop music, graffiti, fashion, or sheer vision to undo stereotypical design challenges -- made it easy for the students to communicate their dreams to me,” he said. “Their struggles were once my hurdles and sometimes you need someone who has leaped those hurdles to help you over.”

Mott students said they loved learning from him and that his ability to relate, retain and direct their love for graphic design made him a great instructor. His experience teaching and sharing his struggles and successes only intensified his commitment to being a positive impact on the world of graphic design. When his program at MCC was discontinued, Walter decided to pursue employment in Dallas, TX.

Within one year of moving to Dallas, Walter took a position at JC Penny Corporate Headquarters as a Web Graphic Designer. In 2012, he became a member of the JC Penny New Branch Launch Design Team, and in 2013, was promoted to Advertising Director. Enjoying his new surroundings, Walter continues to inspire others to stay committed to learning, to follow their art, and live out their dreams. Walter’s work can be seen by visiting his freelance website at www.wsjmedia.com. 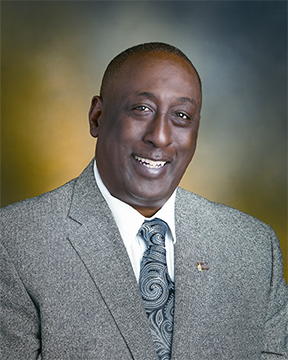 Phillip R. Wise was born in Hanford, CA, and raised in Flint. After graduating from Southwestern High School, he enlisted in the United States Air Force. In spring of 1975, the US government decided to save as many orphans as possible in the last days of the Vietnam War. On April 4, an aircraft lifted off the ground with Phil serving with the crew as a Medical Technician. Hundreds of babies and young children crowded into its upper and lower decks. Then a mysterious event occurred: A rear door blew open and the horror began 25,000 feet in the air. Phil was the only surviving crewmember that was in the cargo hold where hundreds died.

Phil is a true American Hero.

After his retirement from the United States Air Force, Phil graduated from Mott Community College and joined the US postal service.

He also began to share his Operation Babylift story and became a sought after speaker at events including The Gerald R. Ford Presidential Museum, the University of Michigan Flint, and appeared on the ABC News Magazine 20/20.

Phil decided to share his story with the world as he became the proud published author of Fragile Delivery: The Operation Babylift C-5A Galaxy Crash. The book sheds light on the doomed flight, the brave men and women involved in Operation Babylift, and Phil’s story of near-impossible survival in the horrifying shadow of death as the plane split violently apart in swampy rice paddies. Phil writes about his decades-long quest to find the answers about the crash; bond with the children his mission saved and the few other adults who survived the flight; honor the fallen; and come to terms with why God let him live. Fragile Delivery not only shows what happened to many of the frightened, vulnerable children after they were adopted, but delivers a fascinating account of a critical moment in American history few understand or dare to remember. Through his book, Phil delivers a message of hope and reminds everyone that every day is a "second chance."

Phil attended Mott Community College from 1976 to 1978 and graduated in practical nursing. It was part of his healing process from the life-threatening injuries from the crash. It was his start of giving back to the community, from helping a former mentor who was forsaken by his family and placed in a nursing home, to helping others as a caregiver. Years later Phil began to reunite with the Operation Babylift kids who did make it out on subsequent flights.

Phil has a deep devotion to his family and still resides in Flint with his wife, Tess, and their dog, Chloe.