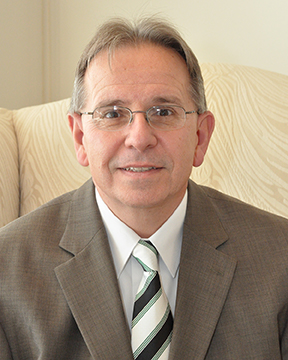 Daniel Berezny retired as principal of Durant-Tuuri-Mott (DTM) Community Elementary School in 2013 but remains actively involved in community education in various capacities, most notably through major roles he continues to serve with the Flint Olympian & CANUSA Games (GFOCA).

Daniel Berezny began his educational career at Mott Community College in the early 70s, transferred to Central Michigan University in 1974 and graduated in 1976 with a Bachelor’s degree in Education, to ultimately earn a Master’s degree in Community School Administration, Guidance, and Counseling from Eastern Michigan University. He completed his student teaching at Beecher High School in the fall of 1976 and started with Flint Community Schools in January 1977 as a Physical Education teacher at Carpenter Road Community Elementary School.

During his 37-year tenure with the Flint Community Schools, Mr. Berezny was always a Community School Director at heart. When school wasn't in session, Mr. Berezny remained engaged with community education through his roles with the GFOCA. Beginning in 1990, he served the GFOCA as a Chairperson / Assistant Chairperson until 2008, alternating with James Whitinger and James Bracy. The three men were so closely tied to the Games and to each other that they eventually became affectionately known as “The Three Amigos.” Since the summer of 2009, Berezny has served as one of six chairmen for the Games. 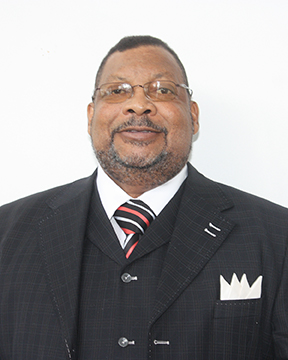 The consummate community leader, Greg Gaines works as Program Director for one of Genesee County’s most successful mentoring programs – the Mr. Rogers Garden Program with Catholic Charities. The program provides young men and women with an opportunity to learn business and employment skills while experiencing active mentoring. The participants work in a functional gardening program where they are responsible for all phases of the business, from planting to harvest to sale. The young men and women involved in the program are taught to plant, seed, weed, cultivate, water, harvest, market and cook the very produce that they are growing in the gardens.

Mr. Gaines has been working with young people for 23 years, with more than 3,500 youth who have received his support and encouragement over the years.

A General Motors retiree, Mr. Gaines retired as General Supervisor from GM in 2004 with 38 years of service.

The recipient of several awards, including the University of Michigan Community Service Leadership Award, Roy E. Peterson Caring Adult Award from Priority Children and the Jeffrey Ursery Spirit Award for work with youth in the community, he believes the community continues to benefit "because the young men and women in the Mr. Rogers Program are learning to become productive citizens." A number of the program's former participants have continued on to college and are leading successful lives. Mr. Gaines was recently awarded a national grant to construct a greenhouse/hoop house at Ebenezer Ministries Church in Flint that will allow him to train young people in urban agriculture throughout the winter months.

Greg Gaines is a member of Ebenezer Ministries and serves as on the Deacon Board under the leadership of Bishop Urundi B. Knox. He has been married to Pam for over 43 years. They have two children Marcus and China, and four granddaughters, Miriah, Breona, Ashia, Jada and one grandson, Ameer. 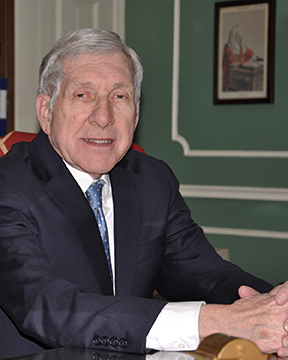 The founder of The Law Firm of Jakeway, Jakeway & Jakeway, P.C., a well-respected personal injury law firm, Mr. Jakeway is presently a Trustee Emeritus of the Michigan State University College of Law where he served as a Trustee and as a Vice President until 1995.

Mr. Jakeway began practicing law in 1961, serving as Assistant Genesee County Prosecuting Attorney from 1962-63. He also served as a member of the Michigan National Guard, 125 Infantry Regiment, 1955 to 1963 with an honorable discharge. Admitted to practice in Michigan, the U.S. District Courts, U.S. Sixth Circuit Court of Appeals and the U.S. Supreme Court, Mr. Jakeway's memberships include State Bar of Michigan; American Trial Lawyers Association and their state and local affiliates.

He has amassed numerous honors throughout his career, including the John W. Porter Distinguished Service Award from Eastern Michigan University; the Distinguished Alumni Award from Michigan State University-Detroit College of Law; the Fourth Annual Respected Advocate Award by the Michigan Defense Council and selected as a Michigan Super Lawyer 2006-2013 (five percent of Michigan attorneys receive this honor each year).

He has participated in a wide range of cases, including the Northwest Airlines Flight 255 -- the tragic crash at Detroit Metropolitan Airport -- participated as a speaker at various seminars for lawyers and at colleges, schools and associations and authored several articles in a variety of legal trade publications.

Mr. Jakeway is a member of First Presbyterian Church of Flint where he has served as an Elder. He has been married to Suzanne since 1963. Their children are Craig and Morgan, (both graduates of DCL at MSU 1994) with whom he is associated with in the firm of Jakeway, Jakeway & Jakeway, P.C., and daughters Sally and Brooke. 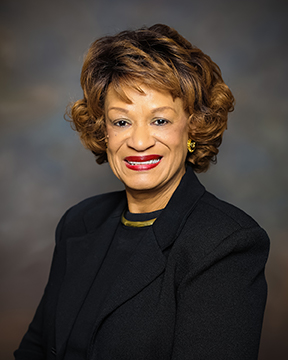 Dr. Beverly Jones was one of the first of six women to serve as pioneers in the management field at AC Spark Plugs in 1972. While employed at General Motors, Dr. Jones furthered her education by obtaining a Bachelor's degree from Northwood University, a Master’s from Central Michigan University and a Ph.D. from Union Institute. She retired from General Motors after 32 years of service where she held numerous positions from supervisor to administrator.

Dr. Jones worked as the Dean of Continuing Education at MCC for several years. She is presently a tenured Associate Professor at Kettering University in the Business Department. Over the past 20 years, she has been an adjunct faculty member at Central Michigan University, Ferris State University, Northwood University and the University of Michigan-Flint.

Dr. Jones has served as a member and contributor to a variety of local organizations, most notably as an Academy of Management Board Member; Chairperson for the Urban League Harvest Ball; Flint Rotary; Flint Women’s Forum; Insight Recovery Center Board Member; Spokesperson and model for Detroit College of Business/Davenport advertising campaign; YWCA Board Member; Genesys Medical Center Foundation Board Member and member of Flint Institute of Music Black Classical Musical Family Festival.

Her honors and awards include: the 1997 Athena Award recipient; 2002 the Zeta Beta Zeta Flint Chapter Woman of the Year; numerous honors such as letters of recognition for outstanding work from various institutions and organizations, including Delco Electronics-Flint and Detroit College of Business.

A lifetime resident of Flint and member of Christ the King Catholic Church, she is married to Samuel Jones. They have two daughters, Jennifer Mallory of Ann Arbor and Tracie Johnson of Flint, and one granddaughter, Skyye Johnson of Flint.