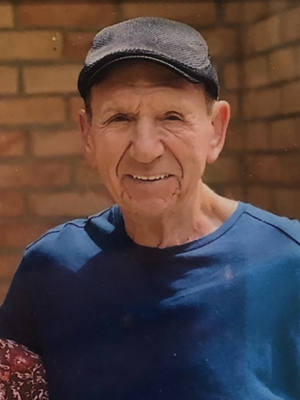 Dr. Joseph Wilson is a graduate of Mott Community College (Mott CC, when it was named Genesee Community College), has been an adjunct instructor at Mott CC since 1985, and is a lifelong resident of the Flint area. He grew up in the lower east side of Flint, where he spent his formative years. In 1960, Joe married Janice (nee Keyes). He is the proud father of three children (Staci, Kristi, and Bart). He has eight grandchildren, three step-grandchildren, and two great-grandchildren, with a third on the way. His children live in the Flint area as well.

Mr. Wilson is a proud graduate of the Flint public schools (Homedale, Lowell, and Flint Tech) and, upon graduation, worked at Hurley Hospital (now Hurley Medical Center). At 22, Joe began working for the Flint Police Department (FPD) as a patrol officer, thus realizing his boyhood dream. You see, when Joe attended Homedale elementary, he was selected to be a “patrol boy” to ensure the safety of his fellow students. It was this experience that motivated him to become a policeman.

Joe worked his way up from patrol officer to Detective. As a detective, Joe began his career in police leadership as a sergeant, lieutenant, and captain. Then Joe was promoted to deputy chief, where he implemented the foot patrol program with a grant from the Mott Foundation. During his illustrious career, he was awarded the Meritorious Citation for Life Saving, the highest honor from the FPD.

Joseph was guided to higher education by a few Flint police officers who taught in the police administration program at Genesee Community College. However, Joe was unsure about college. He did not think he had what it takes to be successful in college. It took a few years of coaxing from his mentors before he enrolled. However, he soon discovered that school was enjoyable, and he was motivated to learn.

In 1981, Joe was hired as the first Director of criminal justice at Mott CC, a position he held for four years. In this position, he was responsible for developing the curriculum and hiring faculty. During Joe’s tenure at Mott, he was integral in instituting the highly successful Ferris State University extension program. This program enables Mott criminal justice students to continue their education and receive a bachelor’s degree in criminal justice from Ferris while remaining on the Mott campus. Additionally, Joe taught at Ferris State, Michigan State, University of Michigan-Flint, and Saginaw Valley State universities.

He enjoyed the work at Mott CC immensely and planned on remaining in that job. However, one consideration kept Joe wondering if teaching was enough -- he missed the excitement of law enforcement. Consequently, Joe decided to run for Genesee County Sheriff. With the backing of several community leaders, Joe ran a successful campaign and became the County Sheriff. Thus began Joe’s third career. Finally, after four elections, Joe retired from the Genesee County Sheriff’s Department.

When asked what keeps Joe going well into his 84th year, Joe says, “I love the work, and I love helping people. I’ve spent my life helping others, especially those disadvantaged, for no good reason other than lack of resources. So, I feel good knowing that I can make a difference by helping others.” 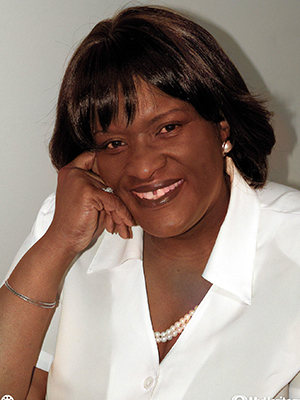 Upon leaving UAW – GM Child Development Center Dr. Jordan became the Chief Administrator of Center Academy of Flint (a Charter school which later closed). Next, she worked as the Executive Director of the Michigan Home-Based Child Care Council under Governor Grandholm. During this time, she was part of the design team for Michigan’s Quality Rating Improvement System for childcare which is currently in use across the state.

Dr. Jordan later served as the Education Director for Early Childhood Programs for Genesee Intermediate School District and is currently a consultant to the program. She also serves as a consultant for the Child Development Associate (CDA) Program of the Council for Professional Recognition. She is currently a Regional Assessor for the National Association for the Education of Young Children.

Dr. Jordan resides in Flint and is married to Kenneth a retired physician. She has 3 adult children, and 4 precious grandchildren. She relaxes by swimming, gardening, reading and playing the piano.

Dr. Jordan is an active volunteer in the local, state and national communities. She is a life member of the American Montessori Society, a member of the vestry of St. Paul’s Episcopal Church Flint, the Episcopal Diocesan Council of Eastern Michigan, and a delegate to the International General Convention 2022 of the Episcopal Church. She is also an active member of Mu Chapter of Delta Kappa Gamma, the Pierians Inc., member and Past President of the Genesee County Medical Society Alliance. Dr. Jordan has also served on the Mott Community Early Childhood Advisory Committee for the last 20 years.

Dr. Jordan has dedicated her life to ensuring quality programs for children exist. She has worked at the national, state and local levels, joining others, to influence policies and programming for children. She believes that meeting both children and adults where they are, and helping them to grow and develop, is her mission in life. One of Dr. Jordan’s favorite quotes comes from Coach John Wooden:

“Success comes from knowing that you did your best to become the best that you are capable of becoming.” 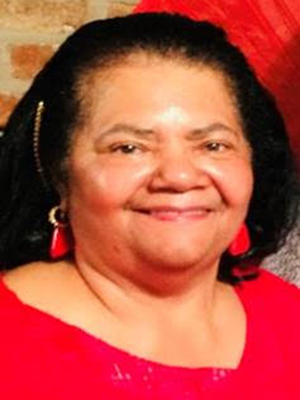 Carol Todd Robinson was born and raised in Flint Michigan, the second child to the late Warren and Ida Todd. Some early years were spent in Decatur, Mississippi with her grandmother Alma Boler. While at a young age she joined Decatur Missionary Baptist Church. Carol enjoyed singing in the choir. There at Sunday School she learned to Trust in the Lord.

Carol was formally educated in Flint, graduating from Northwestern High School, attending Mott Community College and transferring to the University of Michigan, Flint campus graduating with a B.S. Ed. in Sociology. She went to Jackson State University in Jackson, MS, in 1974 to obtain her master’s degree in guidance counseling.

As a young high school and college student, she was active in the college choir at Mott Community College, the Junior Urban League career explores. Her curiosity as to how society was managed and how people were treated or mistreated. She helped formalized groups to help senior citizens care through a federal Model Cities Program in Flint and so throughout her college life until today, she does continue as an advocate for the underserved.

Her volunteer work helped organize student recruitment programs for Mott Community College and University of Michigan (Flint). She organized the first recruitment talent show for University of Michigan, Flint. This commitment for change followed her while she was a student with The Margaret Walker Alexander Center for Racial Change. While at Jackson State University, this educational opportunity helped Carol become a history buff.

Carol’s first job after college was with the Flint Urban League as a GED teacher. The League had a dropout program for the Flint School System, an “Alternative Educational School”. Her natural interest in guidance took her to Raymond Hinds Community College where she worked as an academic counselor and staff sponsor for the campus African American Cultural Society Club.

As an opportunity became available, in 2004 she began working with the Jackson Public School District as a parent coordinator. She supervised fifty school Parent Resource Centers. Her time was spent as a compliance monitor for Federal Programs at JPS until her retirement.

Ms. Robinson was involved with assisting older persons to return to college. Essence Magazine quoted Ms. Robinson in their article (1994) “No More Excuses, Returning to School”. She has a lifetime membership with the Clinton Branch NAACP; committee member of Partners to End Homelessness, Hinds County, and a past member, of the National Coalition of 100 Black Women Central Mississippi Chapter and a member of Delta Sigma Theta Sorority, Jackson Alumni Chapter.

In 2012 Carol was invited to Mott Community College in Flint Michigan, to be a panelist of Black the History Program “Who’s Driving the Bus”. To make mention of a few accomplishment she was a committee member of the Medgar Evers statue fund, her name is one of names at the base of the statue. Carol’s statement from the planning stages for the Mississippi Civil Rights Museum mentioned “The information in the museum should be educational for all school ages.”

Ms. Robinson is founder and president of the first Minority Business Phone Directory of the state. The directory was first compiled and distributed in 1981 and continues to print today. The Robinson-Watson Minority Book Company also honored more than 800 people during (30) years of annual honors program. The historical minority directories are on file and can be viewed by the public at the Mississippi Department of Archives and History.