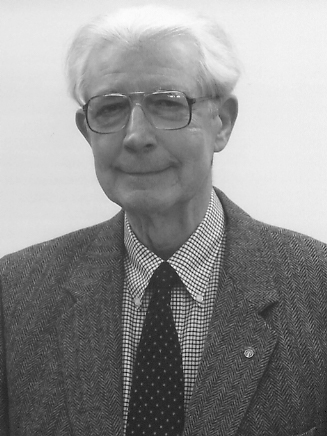 Dean Haley was born in Flint in 1930, the only child of Ralph and Iva Dean Haley. He attended MCC as a student (then Flint Junior College) and was then hired as an employee. œFrom the old Oak Grove campus (dubbed the asylum), as Secretary-Treasurer of the Veteran's Club, a book walk was organized to move the books from the old library to the new library in the Curtice building. Then, when hired as Business Office manager, he also was the Assistant Book Store Manager and in charge of business affairs on campus.

Mr. Haley received a Master's degree and began working in the Community Services Division at the Reuther Center. He said his years of running non-credit classes and events on campus were the most rewarding years of his college career.

He retired from MCC in 1988 and served 12 years on the Flushing Board of Education. Mr. Haley also served as a delegate to the Genesee County Association of School Boards and Intermediate School Board of Education. He was a member of the State of Michigan Association of School Boards Committee on Continuing Education and served on the national committee for one year. Mr. Haley said that he is most proud of his work at the state level, introducing the necessity of expanding the education of board members. Only seven percent of all state board members achieve the designation and he is proud to have received it.

He has served on several MCC advisory committees and also is the founding member, treasurer and secretary-treasurer of the MCC Retirees Association. He serves on the MCC Fridays at Applewood Advisory Committee and is Co-Chair of the Applewood Sustainability Committee, and the Board of the MCC Alumni Association.