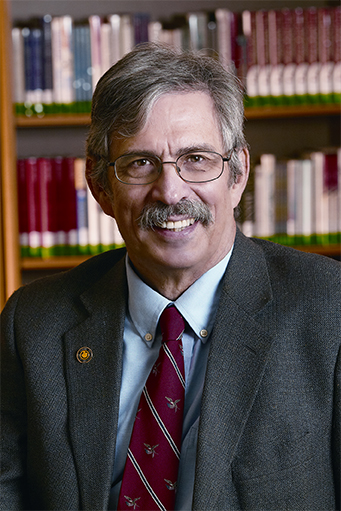 Paul Rozycki retired as a professor of political science at Mott Community College in 2011. Paul continues to teach at the Flint campus, however, while also appearing regularly on TV 12 and 25 news broadcasts to comment on current political issues. He is a regular guest on Andy Heller’s local talk radio show on 1470 and moderates many candidate debates and discussions for League of Women Voters.

He has lived in Flint since 1969 and is author of Politics and Government in Michigan (with Jim Hanley) and A Clearer Image: The History of Mott Community College.

Paul received his Bachelor of Science degree in 1966 from Northern Illinois University, and a Master of Arts degree in Political Science in 1967 from Indiana University.

In the early ‘60s, Paul worked as a reporter/photographer and later taught introductory and advanced photography classes at Mott, the University of Michigan-Flint and the Flint Institute of Arts. He was the faculty advisor to the MCC Post, the student newspaper for Mott, from 1987-1992.

In 1997-98, Paul worked with MCC Instructor Lillie McCain to develop video and text for a Principles of Leadership Course which received Distance Learning Outstanding Achievement Award in 1998.

In 2012, Paul also was a weekly guest on Tom Sumner’s radio program on 1470. Paul has written various publications including An Introduction to the Genesee County Legal System: The Criminal Process from Arrest to Appeal; Study Guide for American Government: Policy and Politics; Instructor's Manual for Austin Ranney's "Governing," Instructor's Manual for Well's & Hamilton's "The Policy Puzzle," and Principles of Leadership Workbook and Reader.

He also has published articles on a number of topics for The Political Collector, and The Keynoter, was a Guest Blogger on politics for Andy Heller’s “Come Heller High Water,” and currently is a guest columnist on local politics for “East Village Magazine.” He has reviewed books for a variety of publishers and is listed in "Who's Who in the Midwest, 1992."

He is active with the Michigan Conference of Political Scientists as a Board member and as Treasurer; he has regularly presented "Workshop on Local Government" with Jim Hanley for Leadership Flint. He also presents and attends various workshops involving government, education and leadership.

While at Mott, he was active with the Academic Affairs Committee (Chair); the MCCEA, Ed-Pac (chair); Initiated the American Government TV course; served on the Student Services Self-Study Committee; was a member of the Steering Committee for Honors Society; was chosen "Social Science Teacher of the Year" by student government; and was a Friends of Mott Library, Board Member; Taught the Honors Colloquium and directed publication of student papers; served as Vice-Presidential of the Selection Committee; and served on the MCCEA 25th Anniversary Committee; was editor of the MCCEA, Forward; received "Golden Apple" Award as outstanding faculty member; was MCC/North Central Association Self Study Committee; History Chair; a member of the Presidential Selection Committee, Mott Community College; and on the MCCEA Constitutional Revision Committee; Co-Director (with Dr. Lillie McCain) of MCC’s Community Outreach Partnership Center (COPC); Ballenger Chair Committee; AQIP Committee, Lisle, Illinois and MCC; and on the Political Science Hiring Committee