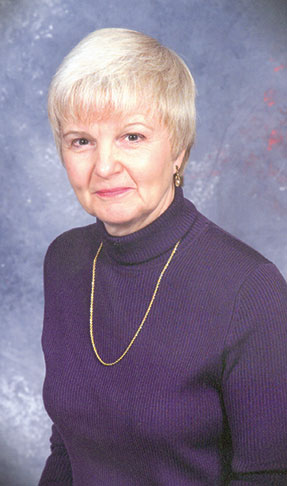 Stephany Diana retired as Professor of Economics in 2010. She has rendered 40 years of college and community service – performing both professional and community activities that have made a significant impact on Mott Community College as well as the Flint and Genesee County community.

As a teacher, she was always committed to demonstrating excellence, standards, and caring in the classroom. As one of the original co-chairs (along with Jim Drummond) forming the Committee for Excellence in Teaching and Learning (CETL), a primary goal was making that the CETL would become a permanent part of MCC. She is pleased to see that the work continues with MCC's current Center for Teaching and Learning.

Stephany Diana is also responsible for the creation of one of the first two-year gerontology curriculums in the State of Michigan. Starting in 1976, MCC worked with seven other community colleges in the state to focus on the need to train two-year students to work with older adults in a non-medical setting. She developed and coordinated the Associate of Applied Science degree program and taught most of the courses, eventually building the program until it could support a full-time faculty position, at which time she returned to her normal assignment teaching economics.

Over the years, she has been involved with numerous many community activities, committees and organizations, including The Friends of the Flint River Trail, successfully promoting bicycling and advocating for bike trail development in Genesee County; serving on the Friends of For-Mar Foundation Board of Directors and the Flint River Watershed Coalition Board of Directors.

Ms. Diana received a Specialist Certificate in Educational Technology at Michigan State University in 1999 and a Specialist Certificate in Gerontology from the University of Michigan Institute of Gerontology in 1977. She holds an M.A. and B.A. in Economics from the University of Michigan. Along with a number of professional awards from MCC -- including the Faculty/Staff Innovation Award and the Golden Apple Award, she was recognized with the Certificate of Honor from the Consortium for Community College Development and has also received the YWCA Women of Achievement Program's Corporate Woman of Achievement Award.