These 2006 Distinguished Alumni Award Recipients were honored October 17, 2006 at MCC:

John Chinonis, co-founder/co-owner of YAYA's Flame Broiled Chicken, is a 20-store franchising system in Michigan and Florida. He also owned and successfully operated two pharmacies in the area for 35 years.

A product of Flint Schools, he graduated from Flint Central High School 50 years ago; attended Flint Junior College (now MCC) and received a Bachelor of Science Degree in pharmacy from Ferris State University.

A member of the Michigan and National Pharmaceutical Associations, Chinonis is a recipient of the Ferris state University Distinguished Alumnus award, recipient of the Clark A. Anderson Alumni Award and the most prestigious Ferris Pharmacy Alumni Award. A member of the President's Commission for the Future at Ferris State, he has served as host of the Ferris Golf Outing at Warwick Hills for 24 years, raising over half a million dollars.

A major participant and financial contributor to many charitable programs, his community activities include service as past state and national governor of the American Hellenic Educational Progressive Association; Treasurer of the Mott Community College Alumni Association Board of Directors; member of the Foundation for Mott Community College; and past recipient of the MCC honorary degree in community leadership.

John Chinonis passed away in 2018. 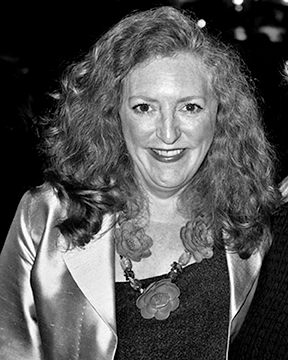 Kathleen Glynn, Academy and Emmy Award-winning producer, artist and costume designer, was the guest speaker earlier this year at an MCC Women in Education fundraising event. Glynn, wife of filmmaker Michael Moore and a Flint native, spoke about her own personal achievements and challenges since leaving the Flint area in the '80s.

Though she often shares film credits with her husband, Kathleen Glynn leads a highly successful and rewarding career of her own. Beyond being an Academy Award Winning producer for Bowling for Columbine and Fahrenheit 911, she also won the prestigious Palme d'Or Prize at the Cannes Film Festival. Glynn produced the Emmy award-winning TV Nation and The Awful Truth for television, and co-authored Adventures in a TV Nation. She is member of the Academy of Motion Picture Arts and Sciences, the professional honorary organization that decides who will receive an Oscar during the Academy Awards. She also has impressive credentials in wardrobe, hair and makeup, including costume designer for Canadian Bacon, as an intern for Malcolm X, and as wardrobe assistant for My New Gun. Her achievements have been featured in the Washington Post. 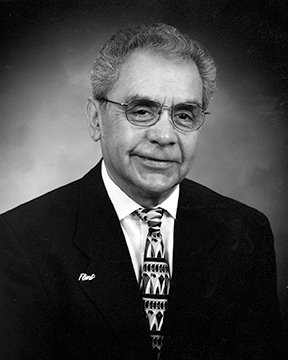 Sixto Olivo has been a community activist and successful businessman in Flint for many years. He comes from a proud Hispanic heritage with humble early-life experiences -- working in the migrant farm communities in the Capac/Imlay City area. He founded the Allied Battery Motive Systems more than 20 years ago.

Today, with his partner and son, Jon, managing the business, Allied Battery is one of the premier suppliers of heavy duty the country, having received contracts from the U.S. Department of Defense, working on alternative fuel conversions of military aircraft and receiving citations for outstanding work performance.

In 1993, Olivo formed the American International Company, an export service and commerce consultant business primarily to export products of Allied Battery to Canada, Mexico and Puerto Rico. His involvement in the community is well known. He formed the Hispanic Chamber of Commerce, where he currently serves as President; is chairman of the Spanish Speaking Information Board and serves on the Citizens Advisory Council, (the only person to serve on both UM-Flint's Corporate Advisory Board as well as their Citizens Advisory Board). He has served as co-chair of former Mayor Woodrow Stanley's re-election campaign; received the Hispanic Leadership Award, and was Mayor Stanley's first recipient of the Martin Luther King Drum Major Award. He has also served on MCC's Presidential Advisory Committee, the Millage Committee for MCC's Regional Technology Center (RTC), Chair of the Multicultural/Minority Affairs Advisory Committee and as a board member of the Foundation for Mott Community College.