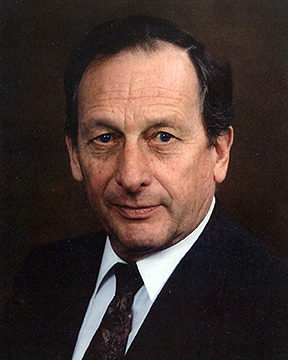 Jerome O’Rourke served nearly 20 years on the Mott Community College Board of Trustees including a term as chair. (He died Oct. 19, 2004.) Mr. O’Rourke was a former Genesee County prosecutor, a prominent local attorney, and a longtime community advocate.

"Mott Community College has lost a dear friend and supporter for many, many years," said MCC President M. Richard Shaink upon learning of his death. "During his many years of service to the community he touched the lives of countless individuals. He truly will be missed by all of us."

He had a lifetime of demonstrating a profound dedication to upholding the legal rights for people and an inspiring commitment to the Flint community, particularly to his alma mater Mott Community College. His leadership, attention to detail and willingness to serve others has left a lasting beneficial impact on his profession, his community and the faculty, staff and students of MCC.

Mr. O’Rourke is a man who will be remembered as one of Genesee County's top trial lawyers. He was known as a gentleman lawyer in the courtroom but a staunch proponent for the rights of individuals and free speech. Mr. O’Rourke served three terms as Genesee County Prosecutor and later was a private practice lawyer and legal counsel to The Flint Journal. Mr. O’Rourke continued his work for more than five years after being diagnosed with cancer. In total, he practiced law for more than 50 years. He also served as President of the Genesee Bar Association, Commissioner of the Michigan State Bar Association and chaired important peer review committees for the Michigan Bar Association. He, too, was an active member of the Michigan Trial Lawyers Association.

Mr. O’Rourke was a fellow of the American Bar Foundation as well as an active member of numerous national professional organizations including the Association of Trial Lawyers of America and the National Association of Defense Lawyers in Criminal Cases.

Mr. O’Rourke served his nation in many capacities, including service in the U.S. Navy. He was a strong supporter of the working people of this area, an attitude instilled in him by his father, who had been a key player in the 1937 Flint Sit Down Strike.

He was active in local Democratic Party politics, running for US Representative in 1960.

Mr. O’Rourke was a Trustee of MCC from 1987 to 2003. He was elected to his first term in office on the Board of Trustees in 1987, and was elected chair in July 1993. Mr. O’Rourke played a key role in the life of the college—making MCC a better place for students, community members, faculty, and staff.

Mr. O’Rourke was known both as a student leader and a successful athlete while attending what was then known as Flint Junior College (FJC). He was a pre law student and attended FJC from 1946 through 1948. Mr. O’Rourke continued his education and graduated from law school in 1951. 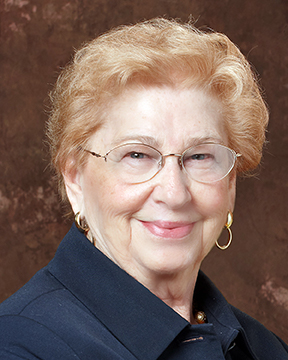 Wanda Hubbard was born in Flint MI. She was graduated from Flint Technical High School and matriculated to Flint Junior College. She had to drop out to care for her ailing father (Her mother had died when she was 5 years old). In 1953 she married Harry Piper and worked to help him through the University of Michigan School of Law. They have two children.

Wanda always wanted to go to college and when her younger child entered kindergarten, she enrolled at Mott Community College earning her Associates degree. She transferred to the U of M Flint and earned her bachelor’s degree in education. Upon graduating, she taught in the Carman School District for over 20 years retiring in 1988. 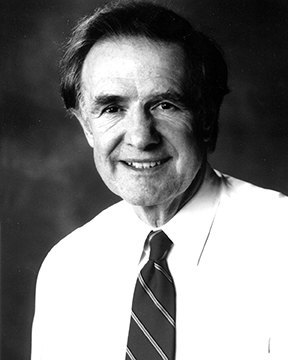 Former US Senator Donald Riegle, Jr. not only had a long and successful tenure with the United States government, but he also was a faculty member for Michigan State University, Boston University, and Harvard University.

He joined Shandwick Public Affairs in Washington, D.C., serving as executive committee chair in 1995; and was an adjunct professor, Michigan State University School of Business.

While serving as a Senator, Mr. Riegle was chairman of the prestigious Committee on Banking, Housing and Urban Affairs (One Hundred First through One Hundred Third Congresses).

Mr. Riegle had a tremendous impact on the community through his service with the government. While serving in Washington, he never once forgot his roots in his hometown of Flint, MI. His fingerprints are on various initiatives that benefitted Flint and it’s economy during his tenure. 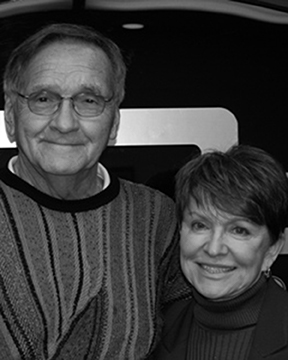 In the 1970’s coffee shops were not as prevalent as they are today. But in 1976, JoAnne and Julius Shaw decided to take a chance on a hunch – that quality, gourmet coffee would be the next “big thing.” With home equity loans and entrepreneurial spirit, the Fenton, MI residents rolled up their sleeves and opened their first store in Dearborn. Over the next nine years, the Shaws opened eight new stores. The couples’ triumph is built on their commitment to be successful no matter what it takes. Today, The Coffee Beanery, which is headquartered in Flushing, is a multi-million dollar franchise system with over 100 locations throughout the US and over 25 locations internationally. The Coffee Beanery is recognized as an industry leader for its unique, family business approach, corporate culture, and commitment to quality. Both JoAnne and Julius are still very involved in the day-to-day operations of the company as JoAnne remains the President and CEO and Julius serves as Chairman of the Board. 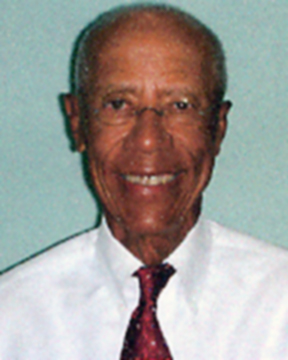 Dr. Charles Teaberry has been a strong advocate for education as well as a Hall of Fame athlete. He credits MCC with his great start and has publicly stated, “Everything I really needed to know, I learned at Mott College.” From Mott, he went on to earn a Bachelor of Arts, Master of Art and Doctorate of Philosophy from California’s prestigious Stanford University, then became a professor at Stanford. While a professor at Stanford, Dr. Teaberry taught Educational Psychology and Theoretical Psychology. He later left Stanford to form his own company, Educational Testing Inc., located in Marina Del Rey, California.

He also made an impact as an outstanding athlete. As a midterm graduate in 1953-54, Dr. Teaberry received an honorable mention on the Michigan High School All State Team. That same season Northern High School won 13 and lost 2, winning both the city and valley titles. He played at Michigan State Normal (Eastern Michigan University) for one season and then returned to Flint and enrolled at Flint Junior College where he became the leading scorer in the Junior College Conference. He set Junior College records and made the Junior College All Star Team. He later became an avid tennis player in the American Tennis Association and won numerous titles for singles and doubles in 1995 and 1996 and in 1997. Dr. Teaberry is the number one tennis player in the American Tennis Association, Men's Sixty Single Division

Dr. Teaberry has had tremendous impact in the field of sports, earning various titles for outstanding athleticism as well as inventing a popular move on the basketball (jump shot). He was inducted into the 1998 Greater Flint Afro-American Hall of Fame for outstanding success in multiple sports.