Dr. Withem actively composes for a variety of artistic venues, including music for orchestra, opera, band, chamber, film, and modern dance. His music has seen premiere performances in North and South America, most notably in Lincoln Center, New York, and in the 20th Century Fox Newman Scoring Stage in Los Angeles, California. Dr. Withem is the recipient of the ASCAPlus Award for 2009 and 2010, and has participated in both the John Duffy Composers' Institute and the ASCAP Film Composers' Workshop. His doctoral dissertation, a one-act opera based on Washington Irving's The Legend of Sleepy Hollow, was premiered as part of the Michigan State University Opera Theatre's 2008-09 season. Dr. Withem's latest work for college wind ensemble, The Outlets of the Sky, was premiered in April 2011 by the Michigan State University Symphony Band, conducted by John Madden.

Andrea Zlatec Floden, pianist, is a life long resident of Flint and has been playing and studying the piano since the age of five. She is currently an Adjunct Professor of Music at MCC, teaching class piano, music appreciation and accompanying students for twenty-five years.

Professor Floden is the past President of St. Cecilia Society, plus a fifty year and honorary member. She has been active in the community as a soloist and accompanist (for almost everything). Professor Floden is a life member of the Flint Federation of Musicians, the Michigan and National Federations of Music Clubs, too. She continues to serve as a private instructor and accompanist, at the Flint School of Performing Arts. Townes Osborn Miller is Professor of Music and Coordinator at Mott Community College in Flint, Michigan, and she also serves as the Adjunct Flute Instructor and Director of the Flute Choir at Saginaw Valley State University. She is the woodwinds coach for the Saginaw Bay Youth Symphony Orchestra and maintains a private studio. She is proud to be a Gemeinhardt Teaching Artist.

Dr. Miller tours internationally with the International Flute Orchestra and the Metropolitan Flute Orchestra, with whom she will be performing in 2022 in Provence, the Italian Riviera, and the Baltics. She will also participate in a three-day residency and concert at the New England Conservatory, Jordan Hall, in Boston. Just before the pandemic began in February 2020, Dr. Miller premiered a piece she commissioned for Flute, Mallet Percussion and Piano, by Bill Withem, Dragonfly. In 2019, Dr. Miller premiered a flute/organ piece written for her and Nicholas Schmelter by Moonyeen Albrecht, Psalms for Flute and Organ (set 2). In 2018, Dr. Miller performed on a world premiere piece for flute choir, Three Lyric Escapades, by Bruce Frazier, at the National Flute Association Convention. She gives recitals regularly throughout Michigan and in January of 2020, performed at Western Carolina University, North Carolina. She looks forward to taking the stage again with guest artist Dr. Brittnee Seimon, mezzo-soprano, and Dr. Carl Angelo, piano. Dr. Miller was the Artist in Residence for the St. Paulâ€™s Music in the Heart of the City concert series in Flint for their 2019-2020 season.

An active clinician and adjudicator, Dr. Miller has presented â€œFlute 101: Tips and Tricks to Ensure a Better Flute Sectionâ€ and â€œRecommended Solo and Ensemble Literature for Fluteâ€ at the annual Michigan Music Conference. Her presentation for flute was also accepted into the 75th Midwest Clinic conference for Decemb! er 2021. She has adjudicated for the Flint Institute of Music, MSBOA, and the Southeast Michigan Flute Association among others, throughout the United States.

Dr. Miller serves as the Volunteer Coordinator for the National Flute Association Conventions every year. These conventions attract nearly 3,000 flutists from all over the world. Dr. Miller also serves on the Board of Trustee’s for the Flint Institute of Music, chairs the Patron Development committee and serves on the Executive Board. She is a past member of the Flint Cultural Center Corporation board. Dr. Miller received her DMA with honors, from the University of Kansas and her MA and BA from Western Carolina University. Her primary professors were Dr. Eldred Spell and David Fedele. Matthew Packer received his Bachelor of Music Education degree in 1987 and his Master of Music degree in 1995 from Central Michigan University. While at CMU, he studied voice with Timothy Caldwell and Dr. Jeffrey Foote, choral music with Dr. Nina Nash-Robertson, piano with Dr. Forrest Robinson, and composition with Dr. David Gillingham. His doctoral work was done at the Robert E. Webber Institute for Worship Studies in Orange Park, Florida, and he attended seminary at the Methodist Theological School in Delaware, Ohio.

Matt has been a professional church musician since 1983. He taught elementary music for LakeVille Schools and has taught part-time at Mid-Michigan Community College and the University of Michigan-Flint. In addition to his responsibilities at MCC, Matt is the music director for Flushing United Methodist Church, the Flint Male Chorus, Swartz Creek Center Stage Community Theater, and choral accompanist at Swartz Creek High School. He is active as a singer and pianist at senior care facilities, sacred and civic functions and also performs as half of the duo, Brother 2 Brother. 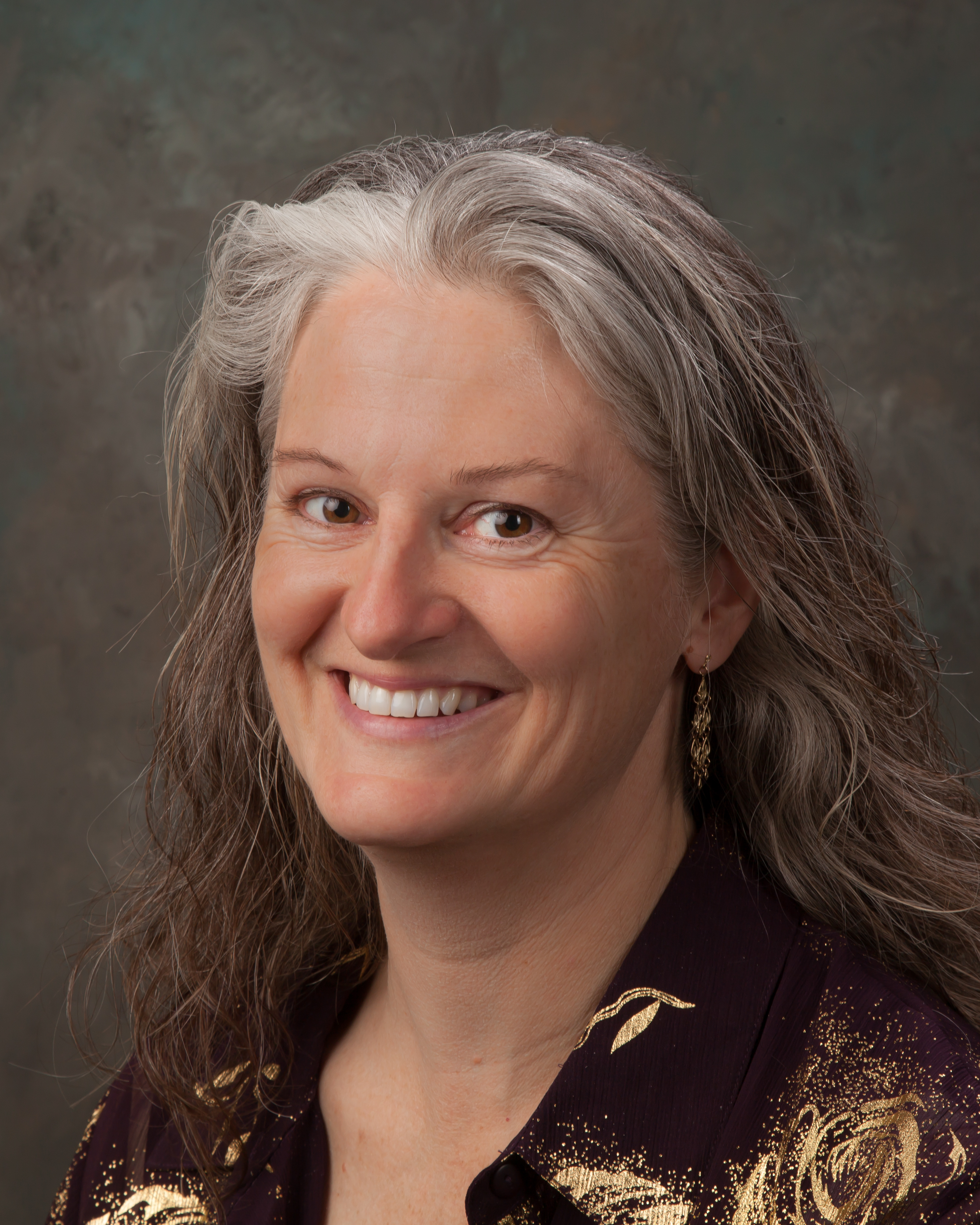 Mary Procopio, Associate Professor and Music Coordinator, has served as Director of Instrumental Studies at Mott Community College in Flint, Michigan since 2006, where she teaches classes in world music, music history, music appreciation, and directs the college concert band and chamber ensembles. An active performer, adjudicator, and clinician, Dr. Procopio received her doctorate in flute performance with a concentration in ethnomusicology, an M.A. degree in ethnomusicology/musicology, and an M.M. in flute performance from Michigan State University, and her B.M. degree in music education and performance from the Crane School of Music (Potsdam College, NY). Her doctoral dissertation focuses on Haitian classical music that is inspired by traditional and ceremonial music, and examines how music, nationalism and identity intersect in Haitian culture. Her master’s thesis examines the causes for ambivalence felt by many Haitians towards Vodou, and the ways in which Haitian composers and educators are challenging those ambivalent feelings, working to bring together social classes and communities, and educating Haitian and non-Haitians about Haitian indigenous culture.

Dr. Procopio has received numerous fellowships and grants to conduct research in Haiti and the United States, and was the recipient of a Title VI Foreign Language Areas Studies (FLAS) fellowship to study Haitian Creole. She has presented papers, lecture recitals and performances throughout the United States, Canada and Haiti at regional, national and international conferences for the Society for Ethnomusicology, KOSANBA, The Haitian Studies Association, the College Music Society, The American Folklore Society and the Midwest Popular Association. She currently serves on the Board of Directors for the Haitian Studies Association, and has served on the Advisory Board for Instrumental Change, Inc. In 2004 Dr. Procopio was invited to give a four-day residency at Marshall University in West Virginia, where she was also a guest artist for the Marshall Fluteworks Festival. She has been a guest lecturer at Olivet College and a guest clinician at the Red Cedar Band Festival. In 2004 she received the Geoffrey Gilbert Memorial Teaching Award from the Florida Flute Association, and was awarded the first annual Best Graduate Student Presenter Prize from the Great Lakes regional chapter of the College Music Society. Dr. Procopio has taught at Michigan State University, the University of Michigan—Flint, the Flint School of Performing Arts, the Leocardie and Alexandre Kenscoff Cultural Center, Ecole de Musique St. Trinité and Ecole de Musique Dessaix Baptiste (Haiti), the Limonest Conservatoire (France), and St. Croix (Virgin Islands).

Currently, Dr.Procopio performs with and is artistic director of Z.A.M.A. (Zanmi Ansanm Mizik Ayisyen), which promotes the music of Haitian composers, and the London Trio, which was selected to participate in the Michigan Arts and Humanities Touring Program and performed twice at the East Lansing Arts Festival. Dr. Procopio was selected to perform in the National Flute Association Professional Flute Choir in 1998. She has performed with the Orchestre Philharmonique Sainte Trinite (Haiti), Chamber Orchestra of Northern New York, Champlain Valley Symphony Orchestra (VT), Jackson Symphony Orchestra (MI), and the Limonest Wind Band and Dream America Orchestra (France).

Dr. Procopio’s articles “Crossing Borders: Solo and Chamber Music for Flute by Haitian Composers” and “When East Meets West: Takemitsu’s Itinerant for Flute Solo” were published in the National Flute Association’s Flutist Quarterly in the fall of 2006 and winter 2006 respectively. In 2007, she released the CD Belle Ayiti: Mizik Savant Ayisyen (Beautiful Haiti: Haitian Classical Music) which features music for solo flute, flute and piano, and flute and strings by Haitian composers. She is a member of the Society for Ethnomusicology, Haitian Studies Association, KOSANBA (the scholarly association for the study of Haitian Vodou), National Flute Association, College Music Society, American Folklore Society, and the American Musicological Society.

In her spare time, Dr. Procopio breeds and shows sporthorse Haflinger horses throughout the Midwest and East coast. Her current music-related projects include recording a second CD of Haitian classical music, publishing music by Haitian composers that is currently unavailable (except in manuscript form), and acquiring instruments and musical supplies for music schools in Haiti. Holly Richardson, Adjunct Professor in Music, graduated from MCC in 1986, and finished her BME at U of M-Flint. Catherine McMichael was Professor Richardson’s piano coach at U of M. She earned a MA from Marygrove College in 1994. Professor Richardson has an additional 21 hours of graduate credit from WMU and Vandercook College of Music in Chicago. She has been part of the Music Faculty at MCC since 1998, she also is employed full time at Flint Community Schools and is an adjunct professor at Ferris State University. Professor Richardson performs locally with the High Heeled PianoTrio, and for charity events and area churches.