Jazz on the Lawn was held on Thursday, June 17 and June 24 at MCC. Free to the public, this concert series was the Foundation's way to say thank you for supporting Mott Community College and served as a prelude to a special Fall concert that will be presented to benefit the newly created Music Fellowship Program. Featured were MCC Music Alumnus Rufus Ferguson on jazz piano, Paul Gregory Nelson on trombone, Rich Small, guitar, & Caleb Robinson on drums.

On April 17th the Women In Education (WIE) held a fundraiser featuring Flint native and African American Folk Artist GLORIA WATSON as she showcased her home gallery and acrylic art. Many pieces were for sale to benefit WIE. Ms. Watson has been a long time partner and supporter of WIE, serving on the WIE Committee for many years.

John Quiñones, tv host of What Would You Do? was featured at The Foundation's donor reception on April 1, as a thank you for their support. In addition, Mr. Quiñones addressed students in a separate event that day, and was featured in a community event that evening. The topic was social injustice. 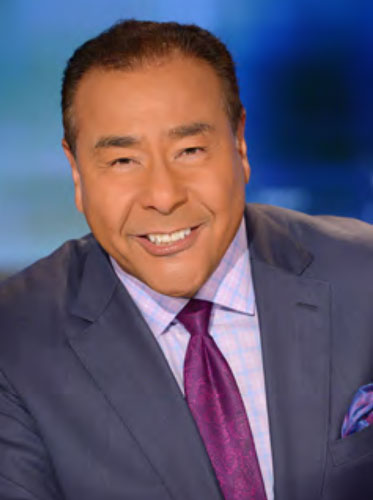 Marc Mauer is one of the country’s leading experts on sentencing policy, race and the criminal justice system. He has directed programs on criminal justice policy reform for more than 30 years and serves as Senior Advisor of The Sentencing Project, a national non-profit organization engaged in research and advocacy on criminal justice policy. Mr. Mauer has written extensively and testified before Congress and other legislative bodies. His critically acclaimed book, Race to Incarcerate, was named a semifinalist for the Robert F. Kennedy Book Award. He is also the co-editor of Invisible Punishment, a collection of essays that examine the social costs of incarceration and the co-author of The Meaning of Life: The Case for Abolishing Life Sentences. Mr. Mauer frequently lectures before a broad range of national and international audiences, appears regularly on television and radio networks, and has served as an adjunct faculty member at George Washington University and Payne Theological Seminary. Mr. Mauer is the recipient of the Donald Cressey Award for contributions to criminal justice research, the Alfred Lindesmith Award for drug policy scholarship, and in 2018 was selected as a Frederick Douglass 200 awardee as one of the “individuals who best embody the work and spirit of Frederick Douglass.”

MCC Distinguished Alum Dr. William Pickard spoke to students in a virtual event on 9/23/20, imparting "do's and don'ts" of entrepreneurship gathered throughout his life of entrepreneurship. Dr. Pickard’s forty-five-year entrepreneurial career began as a McDonald’s franchisee in Detroit, Michigan. Since its founding in 1989, GAA has generated more than $5 billion dollars in sales with eight plants in the U.S. and Canada, and service corporations such as Boeing, Mercedes Benz, Ford, General Motors, Chrysler, Delphi, Johnson Controls, Starbucks, Home Depot and Merck Pharmaceutical. Dr. Pickard is also creating a new generation of entrepreneurs in his book, Millionaire Moves – Seven Proven Principles of Entrepreneurship, vision/attitude, opportunity, relationships, talent/skillset, financial, failure and faith.

Mott, Motown & More's Lip Sync Greatest Hits virtual event was held on 9/18/20 and was well attended. In it's 15th year, the virtual event highlighted it's greatest hit acts in the previous years.

Women In Education held its Fellow Graduation Ceremony on 9/18/20 and celebrated the fellows' accomplishments.

See our Calendar of Events and check back periodically for more details to this page!

The Foundation for Mott Community College
thanks you for your continued support!